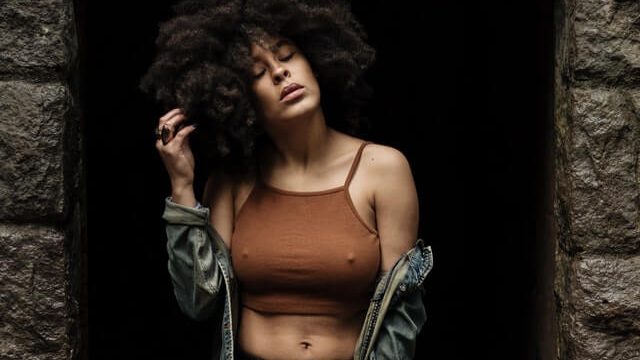 What are some “under the radar” beauty cues that attract male attention?

The beauty industry is big business. And whether it’s plastic surgery, makeup, or hair products, the goal is always to help women appear younger. You do not see 25-year-old women trying to look 60, but you do see older women trying their best to look 25 again. In fact, the only females who try to make themselves look older are pre-teens who have not yet reached their prime of fertility. When it comes to female beauty, the real buttons getting pushed in male brains are the ones signaling that a woman is of the right age and in good enough health to conceive and successfully bear children.

Thus, it is no secret that when it comes to physical beauty, women are held to higher standards than are men. Cross-culturally, women are judged by their physical attractiveness to an extent than men cannot even imagine. I am not suggesting that this is desirable or fair, but all of the evidence indicates that the phenomenon is real.

Many of the standards by which female beauty is evaluated are well known—well-formed breasts, a symmetrical face, slender shapely legs, and lustrous hair are obvious qualities that enhance a woman’s beauty. However, there are a variety of other, more subtle markers of beauty that also increase ratings of female attractiveness. Evolutionary psychologists propose that these characteristics are attractive to men because they are hard to fake. In other words, they are honest signals of a woman’s age and reproductive value.

Just what are some of these underappreciated cues to female fertility?

Over 40 years ago, social psychologists discovered that the physical attractiveness of a woman could be judged fairly accurately by way of a telephone conversation when no visual cues were available. At the time, this was a matter of great curiosity, and a number of theories were proposed to explain it. For example, one of the more popular ideas was that attractive women simply had more lifetime experience of people paying attention to them and interacting with them socially, giving them more opportunities to hone social skills that might translate into attractiveness during a phone call.

(I should also point out that male facial attractiveness can be predicted from a voice, with the curious addition that men who do not articulate clearly in their speech tend to be judged as more masculine.)

We have all heard the old saying that “the eyes are the window to the soul.” It turns out that the eyes may be a window into more than that.

We are drawn to people with attractive eyes, and most of the qualities that make eyes appealing are fairly obvious. We like eyes that have a brightly colored iris and that are free from cloudiness and redness (signals of health), and we also perceive people to be more attractive when their pupils are dilated.

However, there is another feature of the eye that influences the degree to which we are drawn to them—the “limbal ring.”

A “limbal ring” is the dark ring that appears around the iris (i.e., the colored part) of the eye. A wide, dark limbal ring is an honest signal of youth, as the ring tends to fade and narrow when people age; the decline of the limbal ring begins sometime in the mid-twenties.

Some people are genetically blessed with more prominent limbal rings, and the rings are more pronounced in lighter colored eyes than in darker eyes. It is possible to have blue rings around dark eyes, but this is relatively rare. Given all of this, it is not surprising to discover that thick limbal rings significantly enhance the judgments of the attractiveness of eyes.

One can now purchase contact lenses that enhance the presentation of limbal rings. These lenses have small dark circles that coincide with the position of the limbal ring, and are especially popular in Asian countries such as Japan.

Fairly recently, studies have demonstrated that lumbar curvature also appears to be a universal standard of female beauty.

The evolutionary origins of lumbar curvature as a beauty signal come from the problems faced by bipedal human females when they become pregnant. If their spines were designed like male spines, the muscle fatigue and back pain that they would face would be considerable. Consequently, the structure of the female spine has shifted the center of gravity backward, decreasing bodily stress during pregnancy, as well as leading to better foraging abilities and other adaptive advantages. Studies have confirmed that males judge female bodies that display an optimal amount of lumbar curvature to be the most attractive.

Backless dresses worn by movie stars on the red carpet are a not-so-subtle display of this component of female beauty.

The pioneering research of the late evolutionary psychologist Dev Singhrevealed the importance of the waist-to-hip ratio for the attractiveness of women’s bodies.  Specifically, if you measure the circumference of the waist and place it over the circumference of the hips, the closer the ratio is to about .70, the more attractive the body is judged to be. In other words, having a waist that is slightly less than three-fourths the size of your hips will attract the greatest number of admiring glances. This too is an honest signal that women are at the middle of the “Goldilocks” (just-right) zone of child-bearing age.

One clever study even found that having the right waist-to-hip ratio helps men to remember biographical and personal information about a woman.

When I describe the waist-to-hip ratio in class, many students object that the Western bias toward thinness in women is totally a cultural construct, and that in different times and places, larger female bodies were more strongly preferred. This is true, but one thing that has not changed historically or cross-culturally is the preferred waist-to-hip ratio.

Remember that attractiveness is signaling youth and health. In societies where disease and starvation are prevalent, a heavier woman in fact advertises health and access to resources, while a thin woman may signal disease or poor nutrition. In such places, a larger female body size for women will be preferred, but the proper waist-to-hip ratio must still be maintained for her to be judged attractive. Later, in industrialized societies where obesity had become a health problem, thinness came to symbolize not only youth, but fitness and health as well. 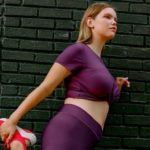 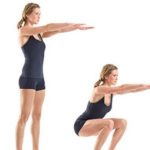