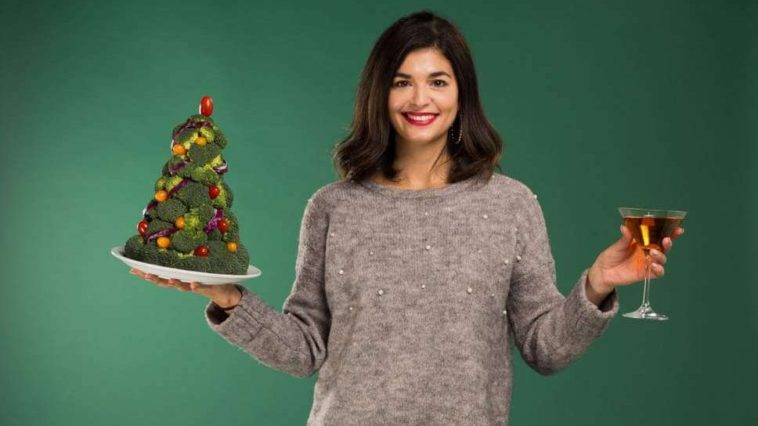 No mince pies, no creamy liqueurs, No cheeseboard. Admittedly, that does sound sad. Yet it is far from the reality of a vegan Christmas. This has been the year that veganism went mainstream. From dedicated vegan aisles in supermarkets to veggie burgers that look and taste eerily like the real thing, the plant-based movement has never been more prevalent — and as a vegan, I couldn’t be happier.

Gone are the days when people thought we only ate lentils and salad; almost gone are the days where we’re continually asked: “But what about protein?” Thanks to elite vegan sports stars such as Serena and Venus Williams, F1’s Lewis Hamilton and boxer David Haye, the health benefits of veganism are becoming widely known, but there’s still a lingering sense that we must be missing out on things… especially at Christmas.

Last year was my first vegan Christmas and I was still learning the ropes: my homemade fudge was a little chalky (remedy: nut butter), and I was only just figuring out how to replicate those decadent tastes and textures.

But after 16 months of plant-based cooking, writing and travelling (with a little media furore thrown in) I’ve earned my vegan stripes — and now I’m here to show you how a vegan Christmas can leave you as happy, tipsy and uncomfortably full as any other. Your friends and family may not even realise what they’re eating is vegan.

More than a nut roast

From Ferrero Rocher chocolate to indulgent cakes, I eat everything I ate before — I just use different ingredients.

Let’s start with the main course — push any thoughts of nut roast from your mind. Last year I took my inspiration from chef Gaz Oakley and recreated his sensational vegan Christmas roast wellington. Packed with chestnuts, cranberries, leeks, and seitan (a protein-packed mock-meat made from wheat gluten), it was so good I’ve been looking forward to replicating it all year.

Christmas isn’t Christmas without mince pies, and luckily vegan versions are very easily available: Waitrose, Tesco, Asda, Sainsbury’s and even Gregg’s now stock them. For a chocolate fix that won’t break the bank, check out Poundstretcher’s vegan version of Ferrero Rocher, the heavenly Kavici Choco Spheres (buy twice as many as you think you’ll need. They’re that good).

And make sure you head over to London’s first vegan French patisserie, Café Forty One in Bayswater, to order a selection of festive goodies to take home: choose from macarons, cakes, biscuits and jars of caramelised nuts.

On to an even more important topic — cheese. Finding delicious vegan cheese is of the utmost importance at Christmas, but you do need to know where to look. While most supermarkets now stock vegan cheese, it’s those rubbery products that give plant-based cheese a bad rap.

Artisan vegan cheese is the way forward, and even dairy-lovers will be blown away by their creamy, salty smoothness. Vegan fairs are good places to browse but you can buy online, too: my favourite brands are Tyne Chease and Nutcrafter Creamery. Get a selection, arrange on a board and blow your non-vegan friends away.

To me, one of the best things about Christmas is curling up in front of the fire with a glass of Baileys Irish cream, a few ice cubes clinking away — and shunning dairy doesn’t mean eschewing this pleasure. While Baileys has already launched an almond-milk alternative, go one better and pick up some cream liqueurs from Besos.

They are made with brandy from Spain’s Jerez de la Frontera and silky tigernut milk — and are easily as good as the real thing (just last week my friend and I got through two glasses before she blurted out in a panic: “But wait… you’re vegan!”)

Vegan wine: What is it and where to buy it

Wine is another Christmas essential. These days most new world wines are “accidentally” vegan, even if they don’t carry an approved stamp. Many supermarkets mark their vegan wines with a “V” (Co-op is particularly good for this, and its mulled wine is excellent), so it’s easy to stock up on wines that haven’t been refined using fish bladder-derived protein. As this is the celebration season, it’s worth noting that all the best champagnes are fully vegan — from Dom Pérignon to Moët & Chandon. Cheers to that.

In spite of how it’s often portrayed, veganism isn’t just a diet — it’s a way of living that seeks to avoid all forms of cruelty to, and exploitation of, animals. With that in mind, it’s key to choose gifts that are cruelty-free — and luckily I’ve spent much of 2018 familiarising myself with the best brands on the market.

For the busy foodie in your life, an AllPlants box should definitely delight. AllPlants has flipped the tired concept of frozen dinners on its head and its chef-prepared vegan dishes (think barbecue burrito bowl and fiery jerk jackfruit) come in recyclable, reusable packaging. The Vegan Kind also does a selection of vegan gift boxes that are a joy to open — from lifestyle boxes packed with plant-based treats to beauty boxes full of cruelty-free cosmetics.

It’s not just food. Most designer handbags are unfortunately made from lambskin or leather but LaBante London is 100 per cent vegan, cruelty-free and sustainable. Its bags are made with recycled material — not that you’d ever guess from looking at their supple sleekness.

To further prove the idea that you don’t have to harm animals to look chic is V.GAN, an ethical vegan footwear collection that’s exclusive to  Soletrader; these fashionable-yet-durable boots will last through many a winter.

And what about perfume? Most of the top brands test on animals, but check out Eden Perfumes, which matches designer fragrances with cruelty-free alternatives.

Bulldog is a popular brand for men’s skincare, and happily their products are fully vegan. Their skincare kits make great gifts, and a Bulldog bamboo razor will be appreciated by more eco-conscious friends.

A cookbook always goes down well, too; my favourites are the BOSH! cookbook by Henry Firth and Ian Theasby, Gaz Oakley’s Vegan 100, and My Vegan Travels by Jackie Kearney. Candles are a failsafe gift: the best cruelty-free brands are Vegan Bunny, Paddywax and Aflame.

Don’t grill them about their choice.

You might have never met a vegan before but they have probably been asked all the questions, such as why, when and how did they become this way at least 20 times this party season. Get some better chat.

Don’t default to serving them a nut roast and some leaves.

And never tell them to just pick the meat off.

If you’re hosting dinner for 12 in a remote cottage and are unsure if the village shop will stock vegan wine, ask them to bring their own. By all means, gossip about them on a WhatsApp group but don’t accidentally send it to them after you’ve been at the sherry.

Don’t offer them a nice bit of steak.

It’s not your place to fret over iron levels or whether they are getting enough protein. Even if you are their mother. 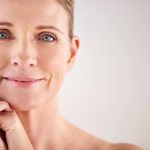 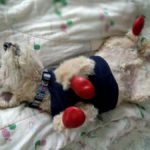 Hey Friend! Before You Go…

Get the best viral stories straight into your inbox before everyone else!