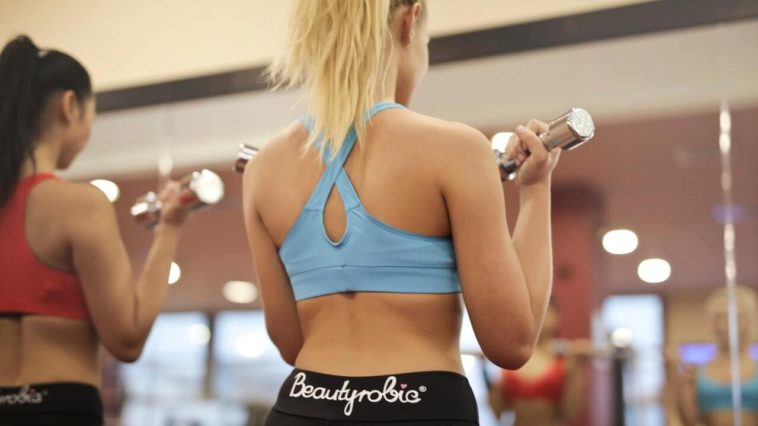 Working out can be pretty disgusting—stashing a drenched top in your work bag, wrangling stringy, sweaty hair into some kind of updo, freakin’ butt acne… the list goes on. But what’s even more alarming than the less than glamorous side of your workouts? The cesspool of potential infections lurking at your gym.

At the risk of sounding alarmist, from the lockers and pool deck to benches and treadmills, going to the studio could expose you to all sorts of germs, fungi, icky bacteria, and viruses that are unpleasant at best. In one study, researchers found 25 different types of bacteria in fitness centers on everything from toilet handles to leg press machines to ellipticals. Gross.

But besides whipping out the hazmat suit, what can you do to stay clean? We asked six experts—people who have to deal with icky skin infections and issues on a daily basis—to give us the low-down on what’s hanging around the gym, plus their tried-and-true methods for treating and avoiding infections in the first place.

Despite the name, there aren’t actually any worms present. *Wipes bead of sweat from forehead* “The term ringworm came about because the fungus appears on the skin in the shape of a ring that has a raised border, scaly texture, and thickness of a worm,” says board-certified dermatologist Elizabeth Geddes-Bruce, M.D., MS, FAAD.

Susan Bard, M.D., of Manhattan Dermatology Specialists adds that this fungus is highly contagious and thrives in sweaty, moist environments, so you’re most likely to catch this at the gym in the shower, on communal yoga mats, or in carpeted stretch areas. (Why are those still a thing?!)

“Make sure to properly disinfect those areas with the wipes and sprays available at the gym,” Bard says. Clorox disinfecting wipes, store-bought witch hazel with isopropyl alcohol, and tea tree oil are all great disinfection options, but whatever the gym has on-hand will work.

However, if you do get ringworm, it’s not necessarily because of your gym’s foam roller. Bard notes that you can also get ringworm from the soil, sharing a towel or bed with someone who is carrying the fungus, or even from snuggling up to your pup if they’ve been exposed.

What to do: Bard says this one will likely be treated with a topical cream like clotrimazole or terbinafine. But if a more extensive area is affected or it’s spread to your scalp—called “tinea capitis”—your derm might prescribe an oral regimen too. As a preemptive approach, antifungal shampoos can help keep the infection off your scalp.

Athlete’s foot is probably the best-known infection you can pick up at the gym. Geddes-Bruce explains that it’s actually caused by the same fungus as ringworm, it’s just located on the feet and toes and can be transferred to the toenails. “It’s an itchy rash that’s usually red, inflamed, and scaly. It’s highly contagious and can be caught anytime you’re barefoot, in open-toed shoes, or wearing wet socks,” says podiatrist, Velimir Petkov, DPM, owner of Premier Podiatry in Clifton, New Jersey.

“To avoid getting athlete’s foot, avoid going barefoot in common areas and keep your feet dry,” Petkov says. The fungus thrives in warm, wet environments so he suggests washing and drying your feet regularly, changing your socks after exercise, wearing shoes in all common areas in the gym, allowing your training shoes time to dry before re-use, regularly cleaning your gym bag, and wearing flip-flops in the shower. Got all that?

Petkov adds that your trusty rubber flip-flops aren’t enough to prevent athlete’s foot entirely. That’s because the shoe itself can become warm and damp, thus creating a perfect breeding ground. The solution? Wear them in the shower but then wash them with warm water and soap afterward.

What to do: If you do get it, treatment is the same as with ringworm. Because it’s more difficult to treat once it’s spread to your toenails—and usually requires an oral medication—it’s best to try preventative measures. If it has spread to your toenails, make sure to put on your socks before your underwear and pants to prevent the infection from traveling to—oh please, no—your groin.

“It’s not really an infection, and it’s not contagious or dangerous, but it’s very common in sweaty conditions,” Bard says. “The yeast creates a bleaching agent that leaves behind light colored spots on the skin, which may itch and may take a few months to resolve.” It flourishes with sweat, so it’s most common in people who live in humid environments and people who hang out in their sweaty clothes, says Donna Hart, M.D., FAAD, of Westlake Dermatology in Austin, Texas.

What to do: To give your skin the best chance of being fungus free, use an exfoliant with an antimicrobial ingredient like tea tree oil or zinc. But if you already have skin yeast, Hart says dermatologists will likely suggest using an anti-dandruff shampoo on your skin because it often contains fungus-fighting selenium sulfide or zinc pyrithione.

Shorted in the streets to “staph,” staphylococcus Aureus are among the most common bacteria lurking in the gym. Most of the time, the bacteria are a non-issue. But sometimes the bacteria can cause a pustular—yes, that means “filled with pus,” so gross—red, swollen, painful infection on the skin, Geddes-Bruce says. That’s because the bacteria can be on your skin but not cause an infection. “The infection only occurs if there’s an open cut that the bacteria can get into,” she explains.

“Staph is almost always spread by making contact with someone with an active infection, particularly if they have an open sore. But you can also catch it from sharing mats, towels, or equipment with someone with an open sore,” Hart says. So she recommends washing your hands, using an alcohol-based sanitizer, wiping down equipment, and covering open nicks and cuts with bandages.

What to do: If you spot a boil on your skin, Geddes-Bruce suggests going to the doc. “Treatment is most often an oral antibiotic, though sometimes a topical ointment is sufficient if the infection is small.”

You’ve heard of MRSA. But did you know that MRSA and staph are caused by the same bacteria? The difference, as the name suggests, is that MRSA is resistant to the antibiotic used to treat a staph infection. Both infections usually cause a swollen, painful bump with a yellow or white center to form.

“The best thing to do to reduce the risk of getting a MRSA infection at the gym is to wash your hands and any other body parts that come in contact with gym surfaces with soap and water after exercise, and to cover any cuts,” says Chirag Shah, M.D., co-founder of Accesa Labs.

What to do: Don’t fret too much if you do get this strain of staph, as certain antibiotics will still respond to and cure it. Just head to your doctor if you notice a sore, Shah suggests, because sometimes the surrounding area sore will form a hot-to-the-touch infection called cellulitis.

“Impetigo can be caused by either the staph bacteria or streptococcus (strep) bacteria,” Bard says. Strep bacteria are pretty contagious and in addition to causing strep throat, can lead to superficial skin infections and blisters. Geddes-Bruce says as a skin infection, impetigo often “has honey-colored crust associated with it.” Cute.

“This infection is typically transmitted from person to person through direct contact or shared use of tainted equipment and mats. You can avoid getting this by wiping equipment down with antiseptic wipes, using a hand sanitizer, and using your own mat,” says Adarsh Vijay Mudgil M.D., medical director of Mudgil Dermatology.

What to do: If you have red, oozing sores, Mudgil suggests talking to your doctor, who can prescribe either an ointment or oral antibiotic.

As it turns out, that post-workout soak might come with a side of infected hair follicles.

“Hot tub folliculitis is caused when a bacteria called ‘pseudomonas aeruginosa’—which thrives in hot and warm pools—makes its way into the hair follicle and causes a red, itchy, bumpy rash that may also be tender,” Geddes-Bruce says. Good news: It typically clears up on its own within a few days.

A foolproof way to avoid this infection is to skip out on the hot tub. Or just make sure to wash your body and suit afterward. If you wanna be that gym-goer, you can also check with the gym employee to make sure the chlorine and pH levels are being checked twice a day, as the infection is avoidable if these are at the proper level.

What to do: You can usually just use a topical hydrocortisone cream to control the itching, but Geddes-Bruce says that it can also be treated with antibiotics.

Take a breath. It’s basically impossible to get herpes at the gym—but, yeah, it could happen. “Herpes is caused when the herpes simplex virus enters the body through mucosa or cut to cause the trademark lip blisters,” Bard says. “Theoretically, it could be caught from poorly cleaned surfaces containing the virus, but it’s highly, highly unlikely. It’s more likely transmitted from direct skin-to-skin contact.” Wrestlers, rugby players, and frisky exercisers engaging in locker-room “contact sports” (wink) are most susceptible.

Though Geddes-Bruce notes there have also been rare cases of possible transmission through infected water sources, like a water fountain. The best way to avoid and prevent the spread in your gym setting is to avoid contact with anyone’s visible sores and to avoid sharing water bottles.

What to do: “There is no cure for the herpes virus so treatment involves suppressing it from becoming active and involves taking prescription antiviral pills,” Geddes-Bruce says. Researchers have been looking for a potential cure or vaccine for years.

People! When you’re in the gym, keep your damn shoes on! Unless you’re in a yoga class, in which case a routine Clorox wipe swipe isn’t a bad idea. Plantar warts are another issue walking around barefoot or in open-toed shoes can cause.

“Plantar warts are actually a viral infection caused by human papillomavirus (HPV), not a fungal one (like athlete’s foot),” Petkov says. “The virus attacks the skin of the bottom of the feet, usually at the weight-bearing parts.” Usually, they look like thick calluses, but the difference between the two is that plantar warts tend to have tiny black dots, while calluses do not.

“Much like with athlete’s foot prevention, my advice is to always cover your feet while in shared community spaces while at the gym. Showers, pools, and locker rooms are the most common areas where the infection originates,” Petkov says.

What to do: Luckily, many plantar warts go away on their own. But because they grow inward, they can hurt. “There are several treatment options, including chemical destruction of the lesion with a peeling solution, freezing, or shaving it off,” Petkov says.

Gabrielle Kassel is an athleisure-wearing, adaptogen-taking, left-swiping, CrossFitting, New York-based writer with a knack for thinking about wellness as a lifestyle. In her free time, she can be found reading self-help books, bench-pressing, or practicing hygge. Follow her on Instagram. 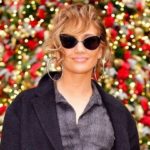 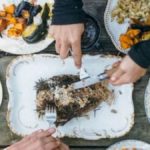